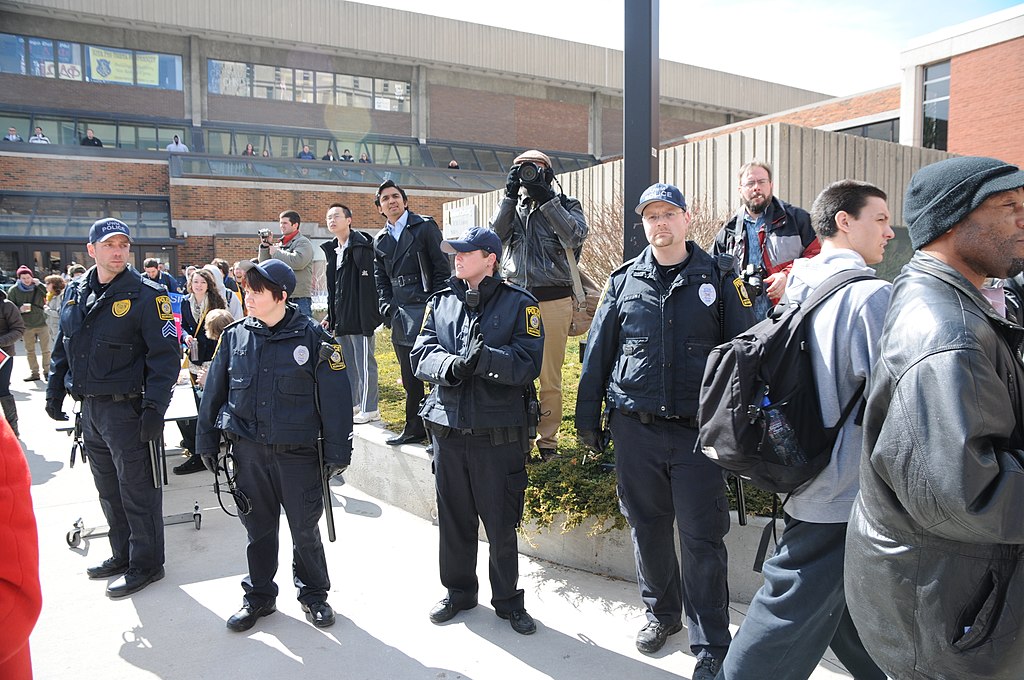 A statewide effort is underway to pressure the University of Wisconsin system into shifting millions of dollars away from campus police and into increased support for BIPOC students, restorative justice programs, and a $15 minimum wage for student university workers.

The Dare to Divest campaign is being led by two activist groups, Leaders Igniting Transformation (LIT) and Vote Mob, and is calling for “immediate and sustained action to end the policing and criminalization of BIPOC populations on Wisconsin’s public university and college campuses.”

At the University of Wisconsin-La Crosse (UWL) the budget for campus police was about $800,000 for the 2018-19 budget year, according to public records. At the much larger UW-Madison, the campus police budget is $12.8 million.

“I don’t think campus police are needed,” said Laura Abellera, the Western Wisconsin Organizer with LIT. “I think that strong communities are what keep us safe…I think we need to be investing in the resources that our communities need and not into efforts of policing both on campus and, this is my opinion, in the city.”

Students at UW-Eau Claire and UW-Stout have already presented demands connected to the divestment campaign to university administration on their campuses. Activists at UWL are planning to request a meeting with chancellor Joe Gow in the near future.

The campaign wants to see the UW system focus on supporting the basic needs of students, rather than policing. A national study released in 2016, conducted by the Wisconsin HOPE Lab, estimated that 20 percent of students at four-year institutions were food insecure and 7 percent had experienced homelessness. Among the demands from the Dare to Divest campaign are that the UW system invests in providing food pantries and clothing closets for students.

Abellera noted that demands from the campaign on what to do with funds divested from campus police will vary across the state. At UWL, for example, students can already use The Campus Thread, a facility that relies on donations to offer clothing to students and also houses a small food pantry.

“We need to be investing in mutual aid and not criminalizing black and brown students,” Abellera said. “It’s simple things like that, where we need to be dismantling the system that perpetuates violence and then investing and actually caring about the people we claim to be caring about.”

A virtual organizing meeting for the Dare to Divest campaign at UWL was held last Wednesday and sought to get input from students to inform La Crosse-specific demands.

“Prior to the meeting I had never heard of LIT or Vote Mob, and I wasn’t sure what the meeting would entail,” said UWL student Rebecca Symes, who attended the meeting. “After listening to the organizers and other participants I am excited to get involved, help my community and work towards much needed systemic change.”

Symes added that she was surprised to learn at the meeting that UWL’s police budget was over $800,000. One of the things the campaign’s organizers have been working on is raising awareness of how much policing on UW campuses costs. UW campus budgets can be viewed online through the Redbook database.

The need for greater empowerment of students at UWL was illustrated recently by the outrage among some student workers over how the administration handled what became a significant covid outbreak on campus. Students workers had argued before most had returned to campus that there was a major risk of an outbreak and that insufficient safety protocols and equipment had been put in place. That prediction proved correct when not long after students returned all residence halls were placed on a two week lockdown.

Abellera said the incident showed student workers being placed on the frontline of the covid crisis without receiving the “fair and equitable” compensation they deserve. The UW system did institute a $15 minimum wage for university employees this year but it left out student workers, such as Resident Assistants.

Another of the Dare to Divest campaign demands is that students be compensated “for appearances in promotional materials, especially when images are being used to promote diversity and inclusion initiatives.”

“Especially at PWI’s (Predominantly White Institutions) I think it’s common that students feel tokenized and exploited when their images are used to promote diversity,” Abellera said. “That goes back to the transparencies of universities in what they’re touting as diversity efforts and then not making real substantive, financial restructuring to uphold what they’re saying they value.”

The campaign will continue to fine-tune its demands in the coming months, across UW campuses, Abellera said. She noted that she sees her role as primarily to provide guidance, support and provide feedback to the students and follow their lead. More information at the campaign’s petition site here.

Can you help us reach our goal? We need 100 members. Join today for just $5.75 a month. Click here for details.

iThere are no comments

Begin typing your search above and press return to search. Press Esc to cancel.